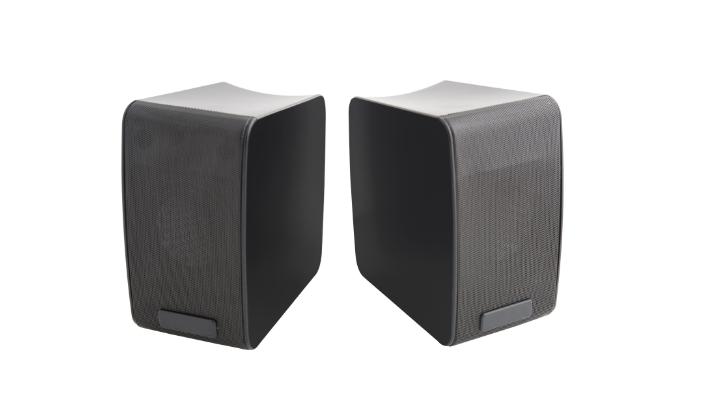 Home theater speakers come in different sizes and shapes, and their sound quality varies from one speaker maker to another. While larger speakers give an impression of full sound, small speakers are considerably easy to integrate into any existing home theater setup.

What are Satellite Speakers?

Simply put, satellite speakers are compact, low-powered speakers that are added to a standard home theater setup to create surround sound. Satellite speakers belong to the mini speakers’ category meaning you’ll need to add a separate subwoofer to boost them.

Satellite speakers excel in reproducing mid and high frequencies, but most importantly, they have a reputation for redefining the overall sound system. Often, the speakers are used as a part of either a 2.1 stereo sound or a more enhanced 5.1 surround sound configuration.

When used as a part of a 2.1(two speakers, one subwoofer) system, both speakers are used to reproduce stereo sound. However, this setup is suitable for music playing only. Alternatively, you can opt to use satellite speakers in the traditional 5.1(five speakers, one subwoofer) surround sound setup to reproduce surround sound and multi-channel audio tracks.

However, it is important to note that satellite speakers are not limited to surround sound applications. Their compact nature allows you to use these speakers with just about any desktop application, including gaming applications, PCs, as well as pairing with your turntable.

How to Connect Satellite Speakers

The 2.1 speakers system is undoubtedly the easiest to set up since you’ll only be working with two satellite speakers and one subwoofer to add some bass. Ideally, a 2.1 channel system provides a significant sound improvement over cheap built-in TV speakers while providing a great way to enjoy music without the need for the typical center and surround sound channels.

For this setup, you may want to familiarize yourself with the role of each satellite speaker before you begin connecting them. The next thing you need to do is to choose a central listening area and angle both speakers at about a 30-degree angle towards you.

You may also want to keep both speakers at ear height level, but this will depend on your room design. When it comes to the subwoofer, you can opt to place it on either side of your listening area or any other spot that provides smooth and consistent bass notes. However, ensure to avoid placing the sub near a corner to minimize echo and consequently booming bass.

On the flip side, a 5.1 channel setup will have three front speakers, two satellite speakers for the surround sound, and a single subwoofer. When it comes to setting up the front left and right speakers, you can follow the same rules as a 2.1 setup.

Once the AV receiver is in place, all you need to do is to run speakers from the satellite speakers to the corresponding jacks on the receiver. The good thing is that the name of each speaker connection is clearly marked on the receiver panel to avoid confusion.

If you don’t prefer wireless satellite speakers, you can opt to go with a wired system and find a way to hind the wires in your walls or wrap them nicely. Remember, even if you’re using wireless speakers, you’ll need to power them, so you’ll still need to deal with cables at one point or another.

The satellite vs bookshelf is one heated debate that continues to puzzle new entrants in the industry. Since both are designed to be used as part of a larger home theater system, choosing between them remains a contentious issue among home theater enthusiasts.

What’s more, both bookshelf and satellite speakers come in a compact design, but the latter tends to be considerably small in size. Just as the name suggests, bookshelf speakers are designed to rest on a bookshelf, but you can place them on any elevated surface, including a tabletop and even on speaker stands.

If you’re using unpowered bookshelf speakers, you may want to add a separate subwoofer to enable the speaker to produce high-quality sound and minimize low-frequency sound distortion. And due to their expansive acoustic range, bookshelf speakers are best suited for music listening, but you can also use them to watch movies.

On the contrary, satellite speakers focus primarily on the mid and high frequencies. Very few models come with a separate bass driver, so you’ll need a separate subwoofer to relieve the speakers the burden of reproducing low-frequency sounds and to allow the entire system to deliver optimal sound.

However, it is important to note that satellite speakers are generally meant to complement other speakers in your home entertainment system. On the flip side, bookshelf speakers can stand on their own, plus they provide a significant upgrade to your home theater setup.

Satellite speakers are undoubtedly some of the most versatile speakers you’ll ever find. They are the best bet for people looking for high-performance speakers but without dominating over the space physically. Furthermore, their size makes them a to-go for many home theater applications, thanks to their flexibility when it comes to placement and general application.