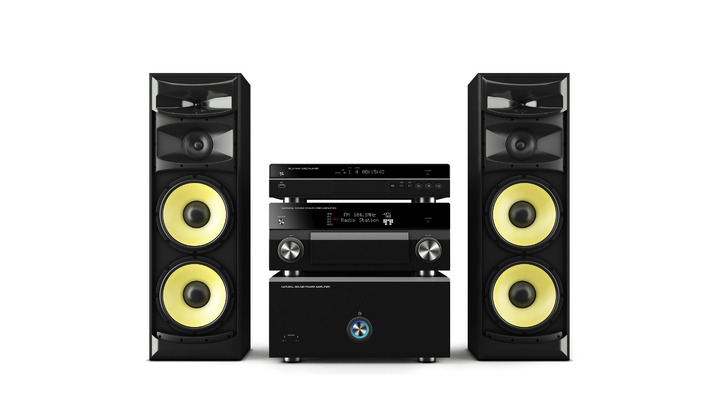 Adding an AV receiver for your home entertainment system is a great way to incorporate surround sound into your listening experience. Like other audio components, you may be curious to know the amount of power needed or what it takes to run the unit.

The receiver watts per channel or simply the WPC rating is one area that home theater enthusiasts pay special attention to when searching for a new stereo or home theater receiver. Although the rating is an important consideration, there is a perception that it is just but a marketing gimmick used by manufacturers to advertise their products.

So, what does watts per channel mean? Is the specification as used in most product descriptions really important? In this article, we’ll seek to explain what power rating and wattage per channel mean in the world of amplifiers and home theater receivers.

Simply put, watts per channel is the amount of power produced by a given receiver or amplifier to drive speakers attached to each channel. The number of channels varies from one unit to the other, which also means that the wattage rating is going to vary.

As a rule of thumb, the higher the rating, the louder the speaker will be. However, this generalization may not be entirely true, and you shouldn’t be carried away by a mere increase in the numbers. As a result, an AV receiver rated at 100 watts per channel does not necessarily sound louder than one rated at 75 watts or even lower.

How many watts per channel do I need?

Generally, most AV receivers provide up to 50-100 watts per channel which is more than enough power to drive a standard 5.1 or 7.1 home theater speaker setup. However, this power rating is practically possible when the receiver is only driving one channel at a time.

The total power delivered to each channel will go down by about 30 to 40 percent once you decide to run all five or seven channels at once. What’s more, it is estimated that the channels do not necessarily require the same amount of power at any given time. Variation in different music genres may affect power requirements for each channel or speaker at one time or another.

Matching the receiver with your speakers is more than just comparing different specifications numbers and pressing play. It is a complex process that helps ensure complete system compatibility on both the receiver and speakers end.

Knowing your system’s power requirements is very important, especially if you are planning to upgrade the system. Speaker watts is simply the amount of power that the speaker can comfortably handle. In contrast, receiver wattage is the maximum power a receiver can put out to run the specified number of channels at any given time.

By comparing the two wattages, you will be in a better position to determine the suitability of the receiver and your speakers.

Manufacturers often provide the recommended power rating for speakers, which can be as low as 25 watts or as high as 1000 watts or beyond. When picking a receiver, you’ll need to choose one that will deliver a constant wattage within the recommended speaker power rating.

For instance, if your speaker system requires between 50-100 watts, then a receiver that can output power within that range will suit you just well. It is important to emphasize that your speakers don’t need the maximum rating (100 watts for our case) to make them sound impressive. In addition, a 100 watts per channel receiver is more than enough for a standard home theater speaker setup.

And just because a receiver is rated at 100 watts per channel does not imply that it delivers the rated power at once. When checking the power specifications, ensure that the WPC is rated in RMS and not Max Power to ensure consistent performance for an extended length of time.

It is also important to keep in mind the number of channels/speakers you need to power. For instance, a 5.1 speaker setup will definitely have high power requirements as compared to a stereo receiver. Ideally, it doesn’t matter how big or what speakers you are using, just make sure that the receiver is compatible with your speakers.

How many watts does a receiver use?

Generally, the more channels a receiver has, the more power-hungry it will be. The power demands may even go up higher if you decide to push the receiver to the limit. Most high-end receivers use a discrete amplifier design to generate the power needed to drive the channels.

If the receiver is required to reproduce sound in a considerably large cinema hall, then more power might do the trick. On the contrary, if you don’t plan on creating permanent hearing loss, you can get away with a moderately powered receiver.

Other factors that might affect the power requirements of the receiver include speakers’ efficiency and their loudness level i.e., their sensitivity rating.

If you are looking to build or upgrade your home theater system, you’ll need to be very wary of the output wattage specifications. Unfortunately, there is no shortcut to matching the speaker to the receiver for your system to work properly. Doing a little research will not only ensure that you end up with compatible components, but also a fantastic sounding system.

Ideally, you’ll want to consider how you are going to use your system and for what purpose. For instance, a simple home cinema setup is going to have less power requirements than a Hi-Fi sound system in a movie theater.

If your speakers’ power requirements exceed receiver watts per channel, then your system is bound to fail. You should also avoid using a receiver that is way above the recommended power handling of speakers to prevent blowing both the speakers and the receiver. As such, we recommend paying close attention to WPC specs when pairing speakers and receivers.