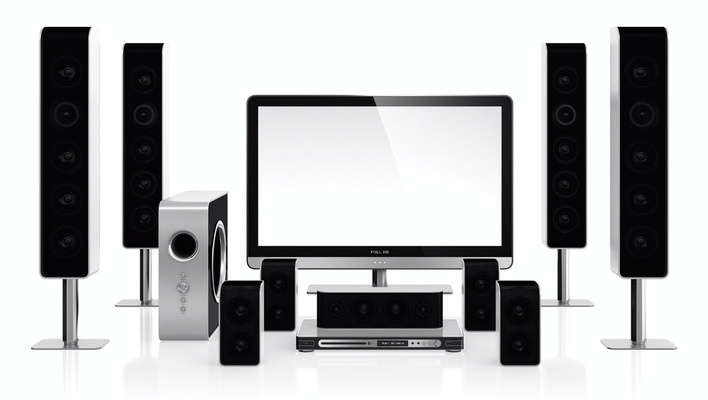 Ideally, side surround and surround back speakers are about the same size, and most are likely to be a small pair of bookshelf or satellite speakers. However, there is no law prohibiting one from using tower or floor standing speakers as surrounds.

Having said that, let’s get into the details of surround vs surround back and the impact each speaker has on your system setup. We’ll learn more about the differences between the two types of speakers as well as their applications.

Surround speakers, also referred to as side surrounds speakers come in a pair and are often placed on both sides of the listening room. These speakers go beside the listening area, but you can also place them slightly behind your sitting area and angle them towards you.

The 5.1 configuration is by far the most common home theater configuration, and this is where surround speakers come in. The two right and left speakers are designed to cover the same frequency range as front speakers, but they mainly specialize in surround music and movie effects.

While the side surround speakers are similar to front speakers, investing in dedicated surround speakers will ensure accurate reproduction of surround sound effects for movies and music. However, it is important to note that movie dialogue and vocals are better handled by the front and center channel speakers.

For optimal performance, you’ll need to place the surround speakers as accurately as possible; otherwise, the sound reaching you will be distorted and delayed. You may also want to raise them at or slightly above ear level to ensure the sound is directly projected towards the listeners.

The two rear speakers have the same requirements as the side surround speakers, but the former provides a greater sense of space. For this setup, you’ll need a total of eight channels, so you may want to get an AV receiver that can accommodate the extra channels.

The main purpose of rear speakers is to complement your existing surround speakers. For this reason, most people tend to ignore or put less emphasis on back speakers, and in most cases, you can get away without them. However, adding a pair of rear speakers to your setup will add your overall cinematic experience.

Additionally, back surround speakers are used in relatively larger listening areas where 5.1 setups might struggle to perform optimally. The sitting area also need not be close to the rear wall to prevent the overlapping of sounds as they bounce off the walls. Ideally, the placement of the rear speakers has a big impact on the final sound output.

Surround Back vs Surround-Our Take!

The most critical part of the surround sound spectrum is covered by the side surround channels, making them more important than back speakers. The latter serves mainly as backup for front and surround speakers, but we cannot overlook the role they play in the final sound output.

Although most systems can do without the rear speakers, adding a pair will help balance the sound across the room for a more dynamic and richer sound performance. Ultimately, your choice between surround vs surround back will be informed by the size of your listening room, individual preferences, among other considerations.