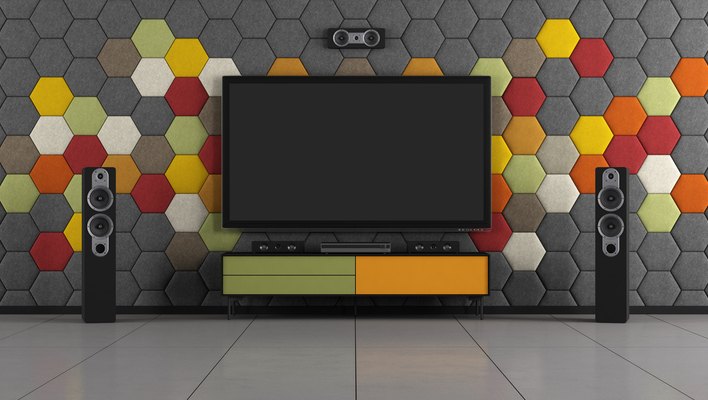 In the world of audio engineering, the terms joint stereo vs stereo are used to refer to the form in which audio is encoded in different digital formats. So, what’s the difference between joint stereo and stereo? If you’re going to be handling audio encoding in any application, it is important to understand the difference between the two terms and their impact on overall sound quality.

Gone are the days when music files used to be recorded in a single (mono) audio channel. Today, most of the audio we listen to is reproduced to be replayed through a two audio channel system such as a two-channel receiver (i.e. stereo receiver). The result of this is a natural sound reproduction to provide listeners with more enjoyment.

Stereo is a simple sound encoding method that recreates audio files from two audio channels. The two channels (Left and Right) are encoded independently, and often the listeners will experience sound that is coming from two distant points. Audio engineers achieve this by using two loudspeakers (or even two headphones labeled L and R) to give an impression of a sound that is multi-dimensional.

A standard stereo receiver is designed to separate the Left and Right channel signals while allowing it to play the signals on the individual channels. And because the signals are encoded separately the resulting file size is considerably larger.

What is joint stereo?

Joint stereo is an improved form of stereo that is designed to produce improved sound quality using a smaller-sized music file. Joint stereo rose to prominence thanks to advancements in the internet that made it possible to encode low bitrates at relatively faster internet speeds. This stereo encoding supports various digital codecs, including AAC, MP3, and more.

As we have mentioned above, standard stereo sends signals to two different channels. To some extent, the reproduced sound is going to differ in terms of sonic characteristics, but the difference is negligible. On the contrary, joint stereo encodes audio signals into two channels, but instead of having separate Left and Right channel, it combines the two into a single channel hence the name joint stereo.

The biggest advantage of a joint stereo is that it helps to reduce storage space significantly while avoiding duplication of files from the two channels. Basically, the idea behind joint stereo is to join or integrate the two or more channels with similar characteristics together in order to achieve higher quality audio, but in a relatively smaller size file.

The second advantage that joint stereo has over the standard stereo is that the former utilizes less bitrates, making it ideal for extracting audio files where the Right and Left channel audio input is almost the same. Joint stereo uses mainly two techniques to encode audio. These are;

Intensity audio encoding employs a joint frequency technique to combine the Left and Right channels into one unified channel. This encoding method takes advantage of the fact that human hearing is highly unresponsive to sound direction at certain audio frequencies (very high/low frequencies). This enables the encoder to reduce the size of audio data without resulting in a noticeable change in perceived sound quality.

M/S stereo uses the same encoding technique as the intensity stereo encoding above to combine Left and Right audio signals. However, the former combines the two channels into a single middle/side channel, while retaining the audio characteristic of the original channels and without introducing artifacts. This makes this coding technique ideal for use with Lossless compression codecs such as FLAC, among others.

It is only applicable when the Left and Right channels are identical. It has also proven unhelpful when handling files with higher bitrates.

Your choice between stereo and joint stereo will mostly depend on the compatibility of either with your specific devices. In most cases, audio devices will only allow you to extract files using either of the ways and not both. However, if your device supports both coding techniques, you want to consider which form best suits your needs.

Typically, a stereo system encodes signals through two separate entities, i.e., the left speaker’s sound is distinct from the sounds the right speaker reproduces. Generally, the stereo sound is natural and free from compression. This implies that the size of stereo files is more substantial since it reproduces signals that have not been interfered with.

Often, when listening to any stereo file, your ears will hear sound effects like they are coming from different positions or sources. So, if you are looking for a way to preserve original audio content and don’t mind increased file size, the standard stereo is the way to go.

The primary focus of joint encoding is saving space by combining two different channels into a smaller audio file. This may from time to time harm the quality of the audio file being compressed, but this will vary depending on the degree of compression. However, if you’re using a high-quality audio encoder, you’re unlikely to notice much difference between original and encoded files.

Generally, over-compressed joint stereo files tend to lose their originality but they are plenty of low-quality stereo files too. In most cases, a standard stereo sound encoding delivers a broader sound stage and better overall sound quality.

On the other hand, joint stereo is a more complex method of encoding stereo signals with a special focus on file size. The process may adversely impact sound quality, but modern encoders have made it easy to save file space without affecting the stereo signal.

In the end, your choice between a standard stereo vs joint stereo is going to be guided by the anticipated output quality and your ideal file size. The good thing is that you can experiment with both to determine which format is best for you.