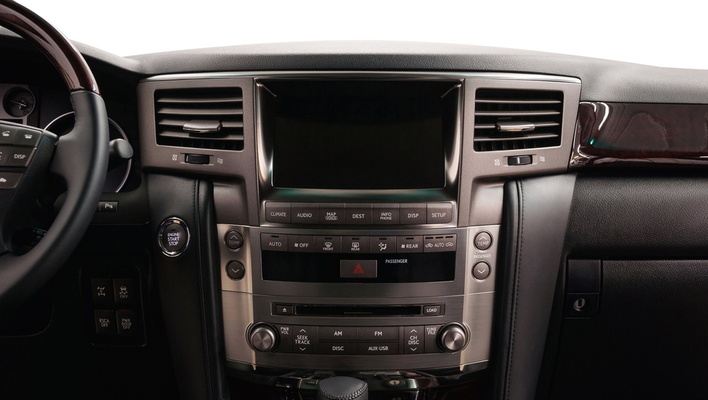 Car sound systems can break for various reasonsWhile some are to fix, there are others that may require you to purchase an entirely new unit. Learn about the most common car stereo problems & symptoms, and know which ones need immediate attention.

Stereos are the perfect way to get good sounds, quality music and a memorable experience. However, they’re ever at risk of damage. Depending on how bad the damage is, you can have an easy or difficult time dealing with it. It is important to know some of the common problems so that you can fix them before it is too late.

Here are some of the most common car stereo problems that you should know.

Imagine the frustration of having your favorite song interrupted by static? This is one of the common problems with car stereos. This problem can be caused by faulty wiring or blown fuses, which interrupt power to certain parts inside the audio system that protect it from interference like noise coming over speakers. This could damage equipment pieces such as amplifiers, CD players (or other music devices), tone control circuits, pre-amps etc., causing them to malfunction.

Car Stereo Turns On and Off Repeatedly

How do you know if your car radio is bad? If your car stereo is turning on and off repeatedly, then it may be a sign that the grounding system of your amp isn’t working properly. This can lead to an amplifier clipping because not enough current is being funneled into its power source when turned up. Poor groundings also cause less currentleading to distortion. This is due to over-amplification or under-amplification depending on how much you turn up either knob for each channel.

There are many different symptoms to watch out for when it comes to car stereos. One of the most common is an alternator whine that occurs intermittently or continuously. Still, you’ll also want to be on the lookout for audio system sounds like popping and screeches, which could signify a loose ground connection.

When this happens, don’t neglect your grounding point! The wiring must have solid contact with both metal parts to work properly – so, if there’s any paint coating interfering with where they touch,make sure you scrub off enough paint coating so that you remain with a only clean metal surface. But remember, even after taking care of these smaller problems, you should inform an expert at your next service because they can become worse later on.

When The Stereo Fails To Turn On

Failure of the speaker to turn on is one of the most common car stereo problems. You rely on your speakers for good sound. When they stop working, you’ll have to deal with a whole different set of problem than a low volume. This issue is commonly cause by a blown fuse or faulty wiring. Of course, a blown fuse will stop the current from getting to the speakers, and they won’t work without power.

What is wrong with my car stereo? The first obvious sign you’ll see is that yourstereo will literally fail to turn on. no matter what you do. Thankfully, fixing the problem may not be as difficult as it seems.

How To Fix A Stereo That Doesn’t Turn On

If you’re having trouble with your stereo, one of the first things to do is check for any errors in wiring. Next, disconnect all wires running from and into it before reconnecting them (just be sure that you understand how to wire up a device). After this step, make sure that there are no signs of damage or smells like burnt circuit boards on the fuse box. If you notice such signs, you will have to buy a new unit.

When you install a new stereo unit in your car, and it doesn’t work properly right away, you may need to check the power supply of your alternator or battery. These issues can sometimes cause low voltage supplies that will affect how well the head unit can function when switched on.

A car radio not working can also expose a power issue. Your newly installed stereo system may be to blame if you have been listening for any sign of life from your dashboard speaker lately, and the sound is nothing but static. The unit may switch into protection more to prevent damage; alternately, there could be too much voltage being supplied or poor quality varying frequency radio reception and other players.

How to Fix The Problem

If the new stereo unit in your car seems to have a problem with the sound quality. Check the voltage supply to ensure that it’s not too high or low If the voltage is okay but still no good result, there might be some issues with the power cord and battery. Check out these two as well before you start blowing fuses on this pricey piece of equipment!

Unwanted car audio noises can be unsettling, but with a little effort and attention to detail in car audio troubleshooting, you may save yourself from the agony of driving around in silence. A few common culprits may include alternator whine or poorly grounded connections between your sound system and battery. If these don’t provide a solution, it’s worth looking at damaged charging systems or faulty integration between the components.

If you’ve ever had your car stereo go haywire and make a bunch of popping sounds, it’s also likely because one or more accessory ports are damaged. Unwanted noises can also be caused by other reasons, such as headlights drawing up too much current that creates an electrical spike in the wiring system, which then travels to the audio system causing distortion. It might sound like a speaker crackling.This is natural with aging speakers, poor input quality from radio stations/CDs (e.g., static), and bad connections on either side of wires.

When the sound of an alternator whine is distracting or irritating, it’s best to start by identifying what device in your vehicle might be producing such noise. After that, ground these devices and ensure they are working properly with good connections at all points. This should help eliminate any unwanted noises coming from under hood equipment while also ensuring there aren’t other hidden problems waiting around the corner.

If you starthearing pops when turning on accessories like CD players or power windows, installing a capacitor can fix this issue quickly. The capacitor will absorb those surges caused by accessory activation, so audio won’t pick them up as easily and cause static crackling sounds through speakers.

Stereo overheating can be caused by any number of issues, including wiring problems or improper configuration. If your stereo is over-heated and causing a fire risk, you should make sure the connections are properly separated with no wires merging. This will help prevent damage to other components in the system as well.

When you’re listening to music, and your speakers start giving off a burning smell, that’s usually a sign of overheating. One way to tell if this is happening is by feeling the back of each speaker using your hand for any abnormally high temperatures. You can also check out some other symptoms like an orange light where it should be green or flickering lights. Both indicate a possible circuit board failure, which would result in excessive heat production from other electrical components.

The last thing you want to worry about is a faulty stereo system that has been overheating. When speakers heat up, the sound quality decreases and can also completely malfunction. To prevent this from happening, ensure all of the installation points are checked for any problems before they happen. If necessary, have them serviced by professionally trained personnel or replaced with a newer model altogether so you can enjoy music without fear of overheating.

No Bass from The Speakers

Sometimes your new aftermarket car speaker installation may not have a booming sound because of a polarity issue. If this happens, make sure that you’re installing them properly. After market speakers can be a little challenging to install especially if you do not get the right size or follow the wrong installation guideline.

If you’re having trouble hearing the bass, there are a couple of things to check. First, check to ensure that your speakers are connected correctly or need more power, try fixing the issue by adding an external amplifier and upgrading the head unit to put more watts into it.

Why does my radio turn on but no sound? This is one of the most common car stereo problems & systems which occurs when the stereo is working fine, but all you get from your speakers are muffled tones, silence, or static. Several reasons such as an accident where the wiring got jostled around, someone spilled something in your trunk causing some corrosion inside, and maybe one speaker went bad without you noticing cause this problem. .

Waking up to a stereo that produces no sound is one of the most common car stereo problems & systems. It happens when the stereo is turned on, but the speakers do not produce any sound.

Diagnose and Fix the problem.

Malfunctioning car speakers are a common problem. They are caused by loose connections, damaged cables, and faulty speaker units in the head unit or amplifier. To troubleshoot a malfunction, start by check to ensure that all of your connections on both ends of each wire have been made correctly. You should also check for any bends along the cable length, which may be breaking contact with other nodes on either end.

If there’s no sound coming out from one side only, it could imply a connection issue between the device they’re connected to (e.g., an amp). Alternatively, if there’s still music playing, but nothing else makes other noise at all, then it might be a case of bad wiring.

Buzzing sounds are common in car speakers due to certain factors. One of the reasons for this is when a speaker cone comes into contact with other objects, it can create an electrical short that results in buzzing noises. This is especially common when the bass is turned up all the way or there is distortion on your voice coil.

Ground loops may also cause buzzes and pops because they result in multiple devices sharing a ground connection. These kinds of issues often occur in cars because they have lots of different machines running off power at once but only one set grounding wire is used by them all. Therefore, there’s always going to be some kind of problem like interference between circuits since each device will be trying to share space on a single ground.

Diagnose and Fix The Problem

Buzzing sounds can be a deal-breaker for your sound system, and we don’t want that! If you hear buzzing, it’s time to get down deep with the technicality. First, make sure the speaker cone doesn’t touch or come close to touching any wires nearby – if not, then chances are that this is an issue of too much bass in one spot on either end, which will need some EQ adjustments before adjusting anything else.

You may also have ground loops going off from all those devices plugged into car outlets, so take a look at where they are grounded and move them around until there isn’t as much interference between signals coming through speakers making the buzzing noise.

Learning about the most common car stereo problems & symptoms and how to fix them is not so hard after all. Identifying and fixing the problem as soon as possible will save your stereo and ensure that you enjoy quality music at all times. . If you face any challenges along the way, it would be ideal to seek the help of an expert. This way, you can get your stereo in good health in no time!