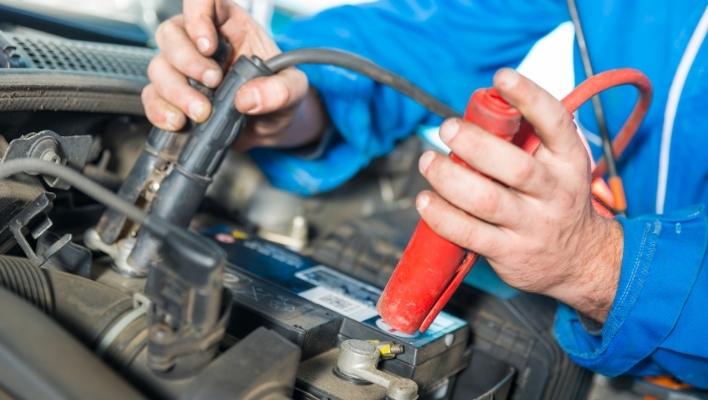 A car battery is undoubtedly one of the most important components of the car’s electrical system. Generally, the car battery is tasked with the responsibility of starting and running the engine as well as powering various electrical components, including the car stereo, headlights, windshield wipers, and more.

In addition, if you are considering installing a powerful aftermarket car sound system, it is always a good idea to add a second battery. This will allow you to enjoy listening to your favorite music without running the risk of draining the main car battery.

The primary role of the car audio battery is to supplement the main battery and to provide the power needed to run the radio, CD, or MP3 player. In some cases, the car audio battery helps to power auxiliary electrical systems, including headlights and other car accessories such as electric windows, the steering wheel, etc.

The car audio battery also provides the power needed to operate critical electrical components such as the air conditioner and night illumination (e.g. dome lights, map reading, and courtesy lamps). That way you can be guaranteed that you and other car occupants will enjoy the road trip more than ever before.

Ensuring that your engine will start up when needed

Whenever the engine is not running, any electrical accessory you use will directly draw power from the main battery. This is where batteries for sound systems come in handy to provide the extra reserve power you need to run these components. This will also help ensure that you will not wake up to a dead battery, especially if the headlights were left on accidentally.

If you are one of those people who like to listen to music or use different accessories when the engine is off, then adding an auxiliary battery will prove worthwhile. A good example of this is when you’re out camping and want to play music for days on end without running your engine. In such a case, adding a second battery will prevent the main battery from draining quickly.

Drawbacks of adding a second battery for car audio

If you’re planning to add a powerful sound system to your vehicle, then it is always a good idea to add an extra car audio battery. However, it is important to keep in mind that installing a second battery often comes with its own share of shortcomings.

Perhaps the main drawback associated with adding a second battery for the car audio is that it acts as an additional load. Ideally, once your engine is running, the alternator swings into action to help recharge the battery.

Now, a second battery only makes the alternator work twice as hard in order to keep both the main and audio battery charged. In addition, all the car accessories, from the air conditioner to the headlights, also act as loads, which put even more strain on the alternator.

While adding a second battery helps to take the load of the main battery, the additional battery will in turn draw current from the car alternator. Ideally, most standard alternators aren’t designed to accommodate such power requirements. So, unless it is an emergency situation or you are planning to upgrade your existing sound system with a more powerful one, adding a second battery might do you more harm than good.

In addition, if the existing battery is spoilt or unable to hold a charge, installing a second battery may not help alleviate the situation. So, if the engine fails to start in the morning, this could be a sign of a dead battery, so adding an extra battery will not help fix the issue.

While a dead battery could be a sign that you need a replacement, it could also be an indicator of a deep-rooted issue that requires your attention. So, before you consider replacing or getting an auxiliary battery, it might help to get to the root cause and try and fix any underlying issue.

How to safely install an auxiliary battery

Installing a second car audio battery is relatively easy, but it is critical to follow the best installation practices to ensure a safe installation. First off, the auxiliary battery should be installed in parallel with the main battery to help increase the power capacity i.e. amp-hour capacity. However, it is important to note that the battery voltage remains unchanged.

In addition, ensure the wiring you use is the thickest gauge possible. This will help ensure that the wiring will sustain the maximum volts while ensuring a safe operation, especially when planning to place the battery inside the passengers’ section.

Like any other electrical device, batteries can explode easily, so the best place to place your battery is in the trunk near the amplifier or inside the engine compartment. If you must place the battery in the passenger’s section, ensure to get a solid box to minimize the risk of exploding.

Q: Can I use a deep cycle battery for car audio?

Deep cycle batteries are generally more powerful than regular batteries and they are ideal for all vehicle types. In addition, their robust construction makes them ideal for supplying sustained power for all car audio needs as well as for use in all weather conditions. However, you may want to get a powerful alternator to keep your battery up and running.

Q: What size battery do I need for car audio?

Car batteries can be described as the juice needed to start and run the engine as well as the power you need to run other car electronics, especially when the engine is not running. However, in some instances, the regular battery proves insufficient especially if you’re looking to upgrade your stock radio with a more powerful unit or run multiple accessories such as interior lights and AC conditioner simultaneously.

In such cases, adding an auxiliary battery to run the radio and other electronics helps solve the problem. However, you should keep in mind that adding a second battery for the car audio will act as an additional load to the alternator. Some of the signs of an overburdened alternator include dimming headlights, malfunctioning accessories, trouble starting the engine, and a smell of burning wires/rubber. If you notice any of these signs, adding an auxiliary will only make the situation worse.