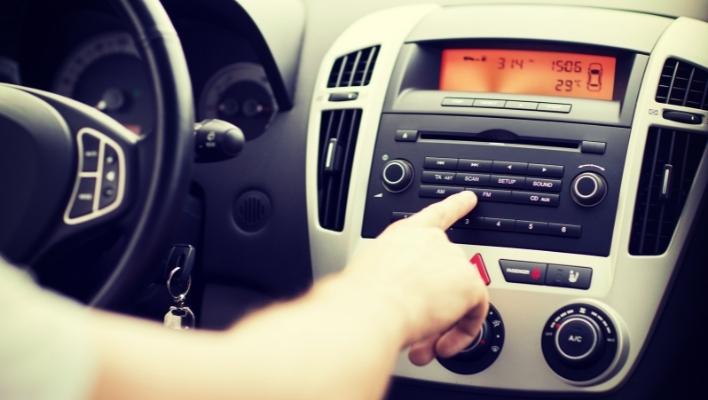 Your car’s audio system can be altered by several factors, including road noise, internal noise (e.g. engine noise), sound reflection, and the size and shape (acoustics) of your vehicle. One of the best ways you can achieve great sound quality is by adding a car signal processor. Motor vehicles equalizers and crossovers allow you to enhance your system’s tone in a way that standard bass, mid and treble controls may struggle to achieve.

Car audio equalizers, crossovers and other audio processors also make it easy for you to transform your car audio signal, thus making it more usable. Furthermore, adding a crossover or equalizer allows you to enjoy superior sound quality while driving.

Most factory radios offer basic treble, bass, and mid-range controls that help you increase or decrease the respective frequencies, but they often limit your choices. This is where an external equalizer and crossover comes in. Adding these two signal processors gives you an opportunity to increase more bass, reduce the bass, and so on.

The signal processors are often incorporated into other components, such as the car audio amplifier, but you can opt to use them as an onboard component. To understand whether you need a crossover or a car equalizer, it is critical to familiarize yourself with the basic principles that underpin each device. That’s said, let’s get started with the discussion.

What is a Car Audio Crossover?

A car audio crossover is a specialized electronic device that helps to divide the audio signal into its constituent bands of frequencies. In simple terms, a crossover takes the entire input signal and subdivides it into three different output signals comprising the high, mid, and low bass frequencies.

In the absence of a crossover, audio reproduction tends to be somewhat messy. For instance, your subwoofer can get overwhelmed as it tries to duplicate both the low and the high notes. On the other hand, the tweeters might get destroyed as they attempt to put low-frequency sound that find their way into the tweets lane.

Breaking the music signal into its constituent frequency bands gives way for higher audio fidelity by ensuring that only the designated frequencies reach the right driver. It also helps reduce sound distortion significantly, thereby contributing to the overall sound quality of your entertainment system.

Crossovers come into two primary variations i.e. active or passive. An active crossover, just as the name suggests, requires some form of power in order to filter the signal bands. In return, this results in better control over the entire sound spectrum.

On the contrary, passive crossovers don’t require power to operate, but they are less efficient when it comes to separating the music signals. They are also less flexible, and don’t often offer excellent control over the sound frequencies.

When it comes to installation, you can mount your unit anywhere between the receiver and your car amplifier. A typical passive crossover is by far the easiest to install since it does not require both the ground and the power wiring.

To install a passive crossover, all you need to do is wire it between your amp and receiver, and you’re good to go. However, passive crossovers are often regarded to be highly inefficient, but they still get the job done.

On the other hand, installing an active crossover requires more than just wiring the unit between the receiver and the amplifier. To install an active crossover, you’ll need to find a way of running the wires for the power and ground connections.

One advantage that an active crossover has over their passive counterpart is that it is more efficient, and it does not waste a lot of power while filtering out unwanted signals that might find their way to your speakers.

Motor vehicle equalizers are complex signal processing devices that allow the user to control the tone of the entire sound system. The idea behind vehicle equalizers is to provide superior car audio tone control by adjusting the individual controls for high, mid, and low frequencies.

The best thing about car equalizers is that they work with just about any stock or aftermarket car radio, but some are tailored to work with specific car stereo. EQ systems come in different forms, from the simple in/under the dash equalizers to complex EQ units that require professional installation in designated areas.

An equalizer also helps compensate for sound degradation resulting from noise or even your car’s interior acoustics. It achieves this by boosting or remedying the frequencies that your car audio may be missing while ensuring that the exaggerated ones are toned down.

Adding an EQ system is also an excellent way of enhancing the lifespan of your equipment. Furthermore, it allows your speakers to work optimally, thus resulting in a cleaner audio signal while allowing you to achieve meticulous tone control.

If you’ve prior experience with electronic components and you’re good at following instructions, installing an equalizer should be a relatively easy process. However, you want to get an expert to do the job if you’re not good at handling wiring.

You’ll first need to identify an ideal location for the equalizer, which can be anywhere above or below the car audio receiver . You can also install your equalizer in the cargo area, but this will vary depending on the available space in your car trunk.

To install the equalizer, you need to wire the connections for power (+12V), ground wiring as well as the turn-on wire. If you’ve installed your amplifier already, then mounting the equalizer should be much easier since the wiring is basically the same. The best part is that you have the option of grounding the equalizer in the same place you’ve grounded your external crossover or amplifier.

Difference between Crossover and Equalizer

Ideally, the main function of a crossover is to cap or check the range of signals sent to each driver. At one time or another, every car audio system needs a crossover to help direct sound signals to their respective destinations.

Without a crossover network, speakers will struggle to reproduce signals they are not meant to handle. In some cases, some frequencies might ‘vanish’ completely even before they could claim their place in the audio spectrum range.

If your car sound system consists of component speakers, multiple subwoofers, and amplifiers, then you’ll need to invest in a crossover network. The crossover network will help filter unwanted frequency signals from reaching your speakers.

However, the inbuilt crossover network may not be sufficient if you decide to add a subwoofer or amplifier to the mix. As such, you may still want to invest in an external crossover to keep undesired signals from reaching your subwoofer.

On the flip side, an equalizer is tasked with the responsibility of boosting the output of individual frequency ranges. Furthermore, you can use an equalizer to adjust the signal strength to fit your system needs. When utilized properly, an equalizer can overhaul the entire car audio system by letting the user polish up the sound to suit their needs.

The idea behind a motor vehicle equalizer is to fine-tune individual frequencies, thereby making them clearer than what a typical car stereo sound system can provide. Furthermore, most equalizers come with additional controls such as volume and auxiliary inputs controls, making it easier to fine-tune your sound.

How to Connect Crossover to Equalizer

Although using both a crossover and an equalizer is not absolutely necessary, adding both components to your car stereo will let you experience the best of both worlds. Connecting your crossover to the equalizer requires more expert knowledge, but the complexity of installation will vary depending on the design and model of your car.

If you’ve installed an aftermarket car stereo and you’re still not satisfied with the sound quality, then perhaps you need to consider getting a motor vehicle equalizer or an external crossover. The easiest way to achieve the preferred sound quality in your vehicle is experimenting with the different signal processors, which will also play a great role in shaping the final sound output

Once installed, don’t hesitate to play around with your crossover network and EQ settings. Furthermore, the first-hand experience will help you know how to make the most out of your car audio entertainment system.