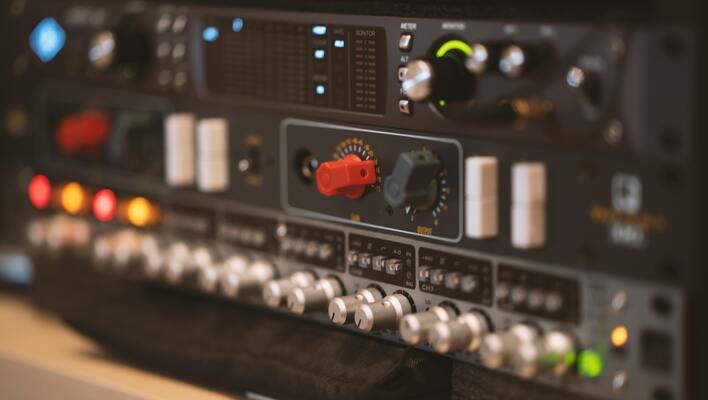 Music enthusiasts state, “Bad sound quality is worse than no music at all.” Music has infinite possibilities; thus, in this digital age, sound quality can make all the difference in the world.

If you’ve recently started the search for a high-quality amplifier, the questions you’re probably asking yourself include: “Which is better, class D or class AB amplifiers?”. If they are your main considerations while shopping, this post will help you make your choice easier.

Both amplifiers can deliver great sound quality, but their differences are noteworthy. We will focus on the differences between these two types of amplifiers, how they work, and their benefits.

The differences between them are technical details you should consider if you are keen on getting the best out of your amplifier. The main difference is their output voltage and power supply voltage. Additionally, they have different sound quality as well. Both classes are solid and reliable, but which is better, class D or class AB amplifiers?

To answer this question, let’s take a look at both audio amplifier class D vs AB in depth:

Unlike traditional amplifiers, which use switches to turn on and off the current flow, class D amplifiers use digital control. The advantage of using digital control over analog control is that it can be microprocessor controlled. This increases the amplifier’s efficiency by allowing it to run at full power.

These amplifiers also have no standby losses (the losses associated with switching), making them very efficient compared to many other amplifiers.

Class D amplifiers are the most efficient and quietest amplifier types, making them suitable for motors and other applications where quiet operation is essential. The key to the Class D amplifier is the switching element, which turns on or off the current flowing through the output device (usually a speaker).

Class D amplifiers can be used in many different applications, including:

Class-D amplifiers can produce high levels of output power, which is why they are used in applications where high efficiency is needed. Class D amplifiers can power speakers, subwoofers, and other devices with an output of up to 200 watts per channel.

The products from companies such as Rockford Fosgate also have a built-in protection circuit that will prevent overheating when the amplifier is turned on.

Power efficiency is a measure of how well an electronic device converts its input energy into useful work. In order to achieve this efficiency, Class D amplifiers use fewer components and generate less waste heat than traditional amplifiers do.

This means that they are more efficient than traditional amplifiers, which means they can generate more power with less power consumption overall.

Digital signal processing allows them to quickly adjust their output voltage according to what’s happening inside the amp. So, there’s no need for an analog circuit to control noise levels.

One of the most important features of this type of amplifier is its ability to achieve high-efficiency levels while maintaining low power consumption. This means they do not need to use much electricity during normal operations.

They only draw power when needed by turning on or shutting off certain components in the system. This makes them ideal for portable devices because they do not require much energy from their owners at any given time.

Class D amps do not produce too much heat. Unchecked heat can cause damage over time if left on for too long without adequate ventilation or cooling mechanisms installed.

They use a digital signal processor that converts digital input signals into analog output signals. Digital signal processing allows them to quickly adjust their output voltage according to what’s happening inside the amp. Thus, there’s no need for an analog circuit to control noise levels. This amplifier also has very low distortion, which means less heat and greater efficiency.

A class AB amplifier is a type of power amplifier. Unlike other amplifiers, it produces its output by actively controlling the current flowing into the output device instead of passively increasing or decreasing the voltage. The control method used is called active feedback, which uses a feedback loop to keep the amount of current flowing past any given point in the circuit constant.

Walter Bose first proposed the concept of class AB operation in 1937. The technical name for this type of operation is “push-pull” because it involves two separate power stages; one pushing (pushing) and one pulling (pulling).

Each stage comprises single transistors connected in pairs, with their bases and collector terminals connected to each other.

Class A amplifiers produce a constant current when the signal is turned on. As the current increases, so does the voltage output of the amplifier. This results in a continuous increase in power output until clipping occurs and output power reaches its maximum level. This design has very low distortion and high efficiency.

Class AB amplifiers use a more complex topology than conventional Class B designs, including a separate power supply rail for each amplification stage. This makes them more efficient, which means less heat and noise dissipated into your speakers.

Because they don’t have to work as hard as traditional Class B designs do at high frequencies (where most of the gain is), class AB amplifiers don’t have as much gain for their size and weight, which means less distortion at those frequencies (and thus less audible noise).

Class AB amps use multiple output stages. Thus, they can increase the dynamic range from a single-ended design simply by adding more stages (up to four in this case).

This means they can reproduce sounds accurately without distorting them or causing clipping (an unwanted response). This makes the amps great for musical instruments such as drums or guitars, where good sound quality is important for creating realistic music performances.

The efficiency or gain of a Class AB amplifier is determined by how much current it can deliver to its load, such as an audio speaker, compared with its input power supply voltage.

An efficient amplifier will require less input power than an inefficient one to produce the same output level. This means we can use fewer amps to drive our speakers, resulting in lower power consumption overall.

The power supply current in a Class AB amplifier is limited by the maximum allowed by its design specifications. It cannot exceed those limits without risking damage to itself or other components within its circuitry.

So, we’ve discussed the similarities between amplifier classes AB and D, but what are the differences?

Which is Better, Class D or Class AB Amplifier?

Amplifier class AB is a good choice for those who want a powerful and versatile amp. It can handle a wide range of frequencies and has a high wattage, making it perfect for use with large speakers or live settings. However, it comes at a higher price than class D amplifiers.

Class D amplifiers are more affordable than class AB amps and are a good choice for those who need an amplifier that is compact and efficient. They don’t have the same range as class AB amps, but they are perfect for smaller speakers or use in a home theater system.

When it comes to which is better, Class D or Class AB amplifiers, both offer a lot to their users. That said, there are still distinct differences between the two types. Class AB offers a bit more performance than Class D, but it is typically larger and less efficient.

The best class d vs class ab car amplifier depends on your specific needs and requirements. Understanding the similarities and differences between these two classes can help you make the right decision for your needs. We hope we have offered you some insight to help you make the best choice. All the best.