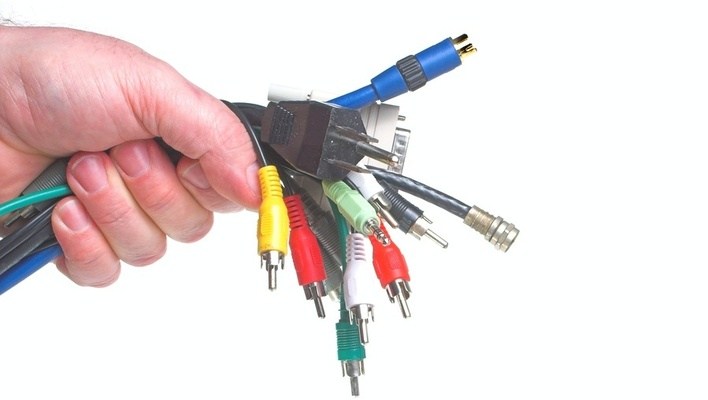 Choosing between a speaker wire vs electric wire bears an impact on your system’s performance. Learn what makes each wire the better option for your system.

Audio equipment, in most cases, will not come in a complete set. Some items will be provided, and others won’t. For instance, many stores sell speakers without speaker wires. And even if yours comes with a speaker wire, you might still have to look for other accessories such as banana connectors, insulation, etc. All this makes choosing between a speaker wire vs electrical wire a bit of a challenge.

Electrical wires and speaker wires are more or less the same, with just a few differences. For starters, they’re all made from good conductors of electricity and have almost the same construction – single/stranded wires bound in a dielectric, wrapped in plastic/PVC casing. But when it comes to applications, both wires serve different purposes.

An electrical wire is a type of wire used to carry an electric current from the source to the device. Chargers and extensions are good examples of electrical cables. They carry electricity from the wall socket to your phone, tablet, and laptop. On the other hand, speaker wires are used to carry audio signals from the source to the speakers. They can also be used to transmit signals from the amp or receiver to the speaker.

Speaker wires are used to carry low voltage signals across the system. They’re used to connect speakers to your receiver or amp and in the speakers’ internal wiring. Speaker wires drive different loads, mostly between the 4ohm to 8ohm range. If you’re more concerned about delivering power from the amp to the speakers, resistance will be the major issue.

There are several types of speaker wires. However, when choosing good speaker cables for your systems, you want to choose efficiency over all other factors. Highly efficient speaker cables deliver quality audio to your speakers with minimal power losses.

Therefore, always go for efficiency. But remember, the nature of the material used to manufacture the speaker wire affects its efficiency. Some manufacturers use advanced techniques, e.g. Electrolytic Tough Pitch, which has evolved over the years to manufacture high-conductivity copper (99.95% conductivity). ETP expels most of the oxygen, meaning that copper made this way can be compared to oxygen-free copper cables.

Speaker wire materials are more or less the same as those used in regular wires. But what is the difference between speaker wire and regular wire? Unlike electric wires, speaker wires are not designed to handle high voltages. The copper and aluminum strands may appear strong, but when exposed to high voltages, problems arise.

On the other hand, electrical wires can handle all kinds of voltage ranging from low to high. The only problem is that they’re not as good with very low voltage and frequencies as speaker-level wires. So, when buying a speaker wire, compare the thickness of the speaker wire and the material used as the internal conductor.

What To Look For in Speaker Wires

As mentioned earlier, speaker wires are not all the same. You may have come across terms like capacitance, skin effect, proximity effect, directionality, and much more. If you’re new to audio wires, there’s no need to worry. Manufacturers will have you believe many things; for instance, they’ll talk about 100% pure Oxygen Free Copper wire. Well, technically, even the purest copper wire contains a little bit of oxygen. Here is a brief list of other types of copper and their oxygen contents:

If you’re interested in performance and efficiency, here’s what you should be looking for;

Gauge refers to the wire’s thickness. Your speaker wire shouldn’t be too thin or too thick. Very thick cables are hard to work with. They are also more expensive. On the other hand, thinner wires are prone to power loss due to resistance. Therefore, you ought to use a thick enough wire to keep the resistance and losses at their lowest.

You may have the best speaker wires, but your system stands a risk of distortion without a solid connection. Short-circuiting is yet another problem you need to worry about without good contacts. Whether you’re using pin connectors, banana connectors, spade connectors, always make sure that your speaker wires are firmly held at both points, i.e. the speaker and amplifier. Avoid using stripped wires since they’re exposed to short-circuiting and corrosion.

Avoid using long wires unless there’s no other way out. Only use the shortest wires you can find. The length of the wire chosen depends on the speaker impedance and gauge, i.e., the bigger the load, the longer the wire needed regardless of its thickness.

There are many types of electrical wires, starting with simple extension cords to the long, tough aluminum cables used to transport mains electricity. Electricity requires a path from one point to another through a conductor that allows it to pass through. The most common materials used in electrical wires include copper, silver, and aluminum. But since silver is quite expensive, copper and aluminum are the most preferred options.

Other materials include semiconductors that reduce the current flow and non-conductors used as insulation. Here are the most commonly used electrical wire materials.

Copper is an excellent conductor. It is used to carry low, medium, and high voltage electricity. Copper wires are also cheaper and efficient due to their low resistance. Unfortunately, copper wires are prone to oxidation. That is why experts at Audio Curious recommend using insulated copper wire with gold or non-corrosive contacts.

Aluminum is also a good conductor. It’s cheaper than copper, has a soft texture, and is lightweight.

Silver is a good conductor too. It works efficiently due to its low resistance. On the downside, silver wires are expensive, thanks to the high mining cost of the mineral.

These three materials are just the tip of the iceberg. Some electrical wires are alloys with favorable electrical characteristics. They’re used in low & high voltage applications, phone cables, wiring for security lights, extension cords, and much more.

What’s The Difference Between Electrical and Speaker Wire

Can you use speaker wire for ground wire? No. Speaker wires lack enough thickness to make a good grounding connection. Instead, you want to use an electrical wire.

From a professional’s point of view, you should use wires how they were intended to be used. Speaker wires for speakers and electrical wires for electricity. However, you may find yourself in a sticky situation that requires quick, clever solutions to get your system back on track. In this case, only use an electrical wire where you can’t find a speaker wire and not the other way around.

Replacing electrical wires with speaker wires where high voltages are involved could do more harm than good. The current will fry your devices and damage other components. Also, choose your materials wisely. There is no need to incur high costs for expensive wires that could be replaced by equally good yet cheaper options. With this in mind, choosing between speaker wire vs electrical wire should not be a problem.